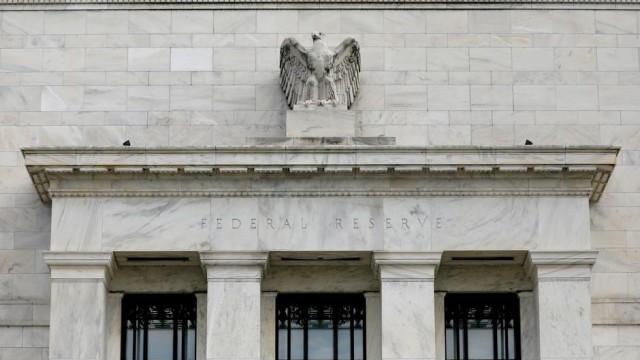 U.S. Federal Reserve officials will lay bare how soon and how often they think the economy will need interest rates rises over the next three years when they release new forecasts at their policy meetin... 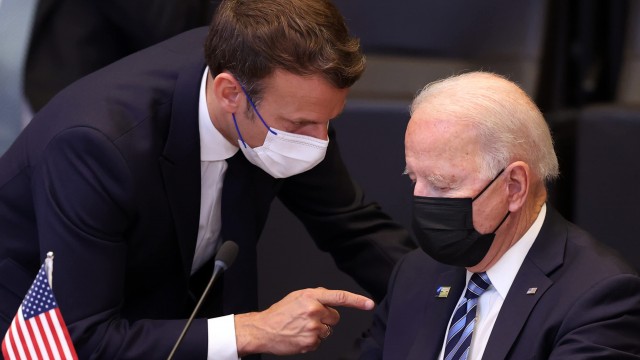 The United States and the United Kingdom are looking to ease tensions with France after a deal with Australia that Paris described as a "stab in the back."

World shares, US futures sink on jitters over Fed moves

Investors are too pessimistic about emerging markets prospects: StanChart 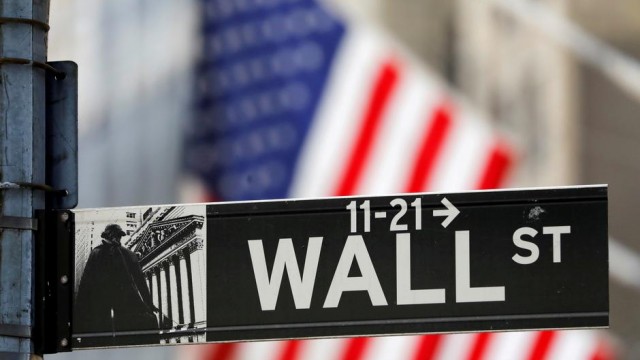 China's sweeping regulatory crackdown of recent months does not aim to rein in the country's private enterprises or decouple from the United States or international financial markets, a top Chinese regu...

Analysis: Why the Fed might welcome a bond market tantrum

A bond market tantrum that drives up yields can be a fearsome prospect for central banks but the U.S. Federal Reserve might just welcome a sell-off that lifts Treasury yields towards levels that better ... 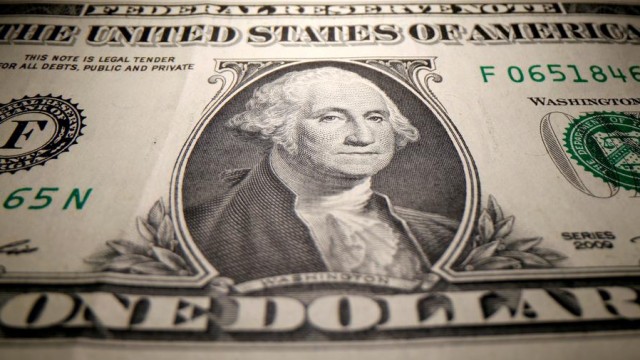 The dollar began the week firmly on Monday with investors in a cautious mood ahead of several central bank meetings, headlined by the Federal Reserve, while looming catastrophe at indebted developer Chi... 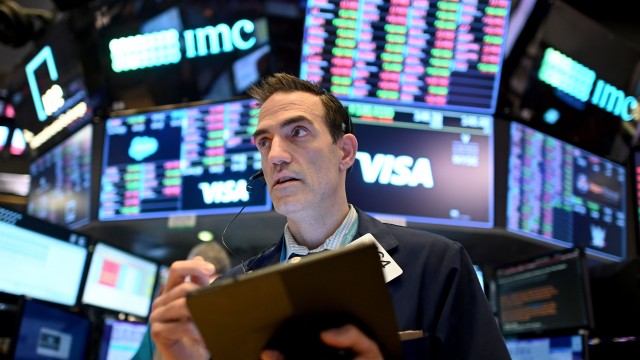 A Trio of Strong Performers That Have Beaten the Market 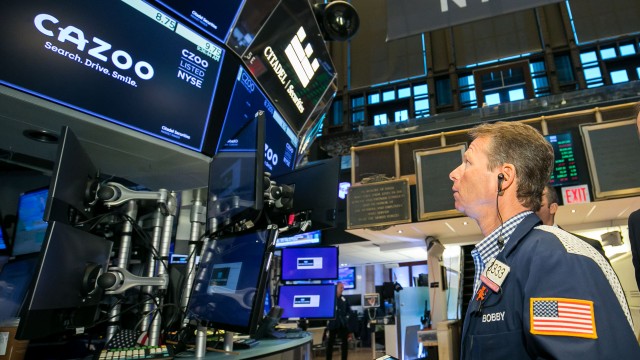 All three major averages are negative for the month, but still sit less than 3% below their all-time highs. 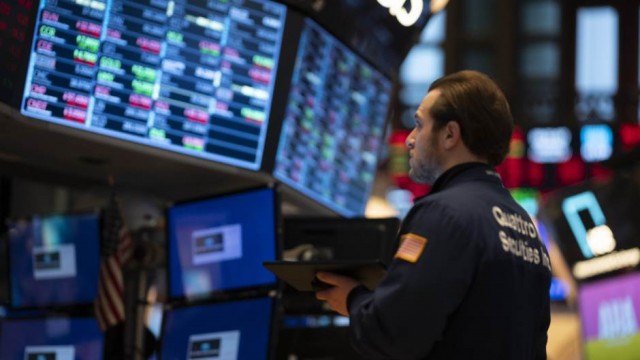 Dow Jones, the S&P 500, and Nasdaq weakened amid concerns around tax hikes and possible shifts in the U.S. Federal Re...

Wall Street's three main indexes ended sharply lower on Friday as investors have started to behave nervously amid concerns around tax hikes and possible shifts in the U.S. Federal Reserve's timeline for... 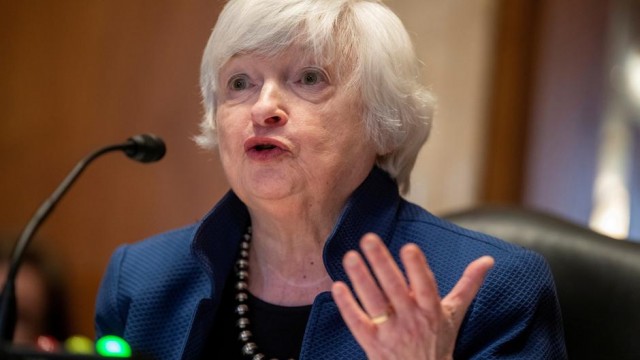 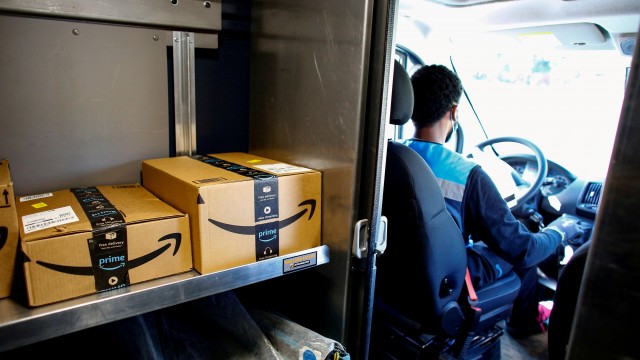 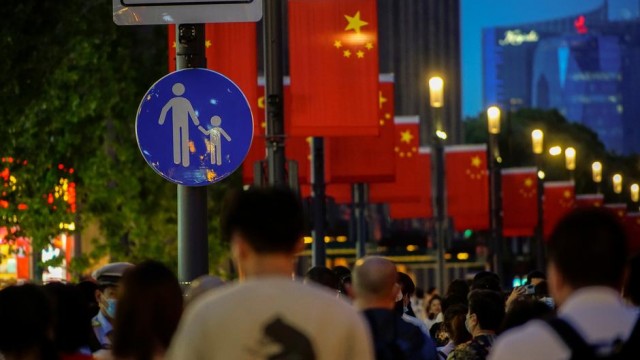 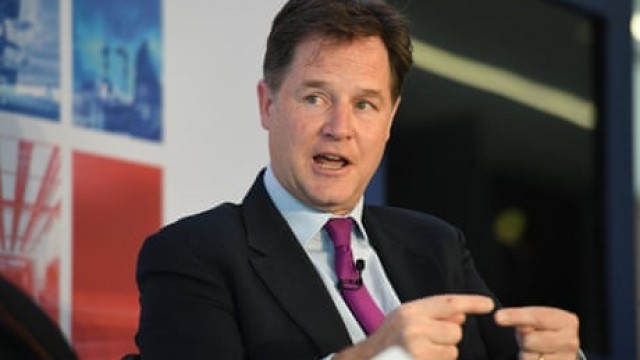 1 day ago - The Guardian 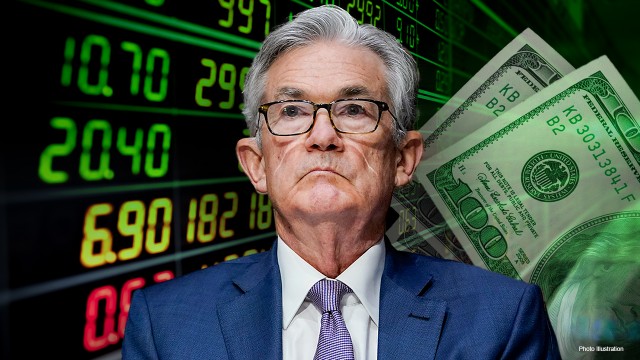 Investors exited cash in favor of stocks ahead of the Fed's upcoming meeting.

CNBC's Jim Cramer explained why he likes REITs in a difficult month for the stock market.

The Chartmaster sees trouble in the charts, is a breakdown coming?

Cornerstone Macro's Carter Worth on whether there could be more trouble ahead for the markets. With CNBC's Melissa Lee and the Fast Money traders, Steve Grasso, Karen Finerman, Jeff Mills and Pete Najar... 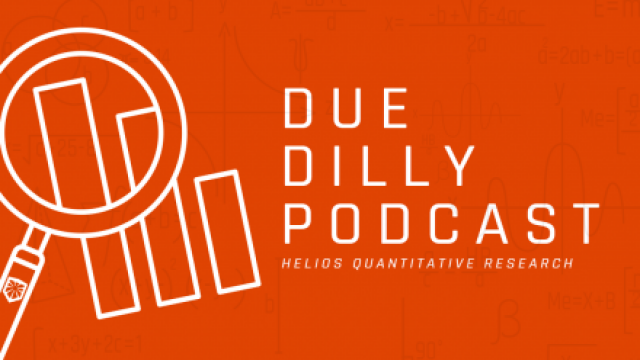 Welcome to the September edition of the Due Dilly Podcast. Today's discussion will include something abstract for our quants out there, something useful that advisors and their clients can relate to, an... 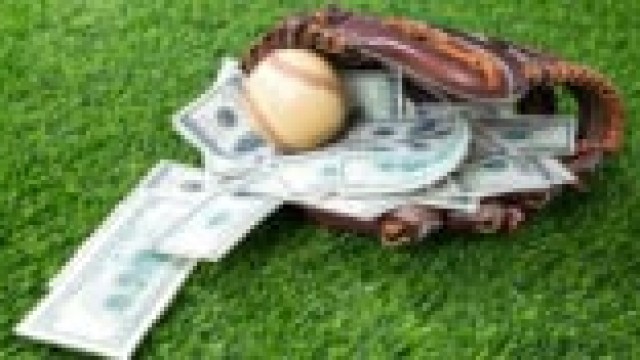 This Will Help the Market Right Itself

Despite recent weakness, expect buybacks to help support the market … look for a break to new highs later this fall … a preview of the amazing technologies headed our way this decade   Coming into Septe...

What President Joe Biden's economic plan could mean for markets

Libby Cantrill, PIMCO public policy head, and CNBC's Kayla Tausche join 'Power Lunch' to discuss their reactions to President Biden's speech on his economic plan and how it would be paid for. For access...

Stockton on the markets' 'off day' today

Katie Stockton, founder and managing partner at Fairlead Strategies, joins Closing Bell to discuss where to find opportunities in this market slump.

All major averages lower for the week 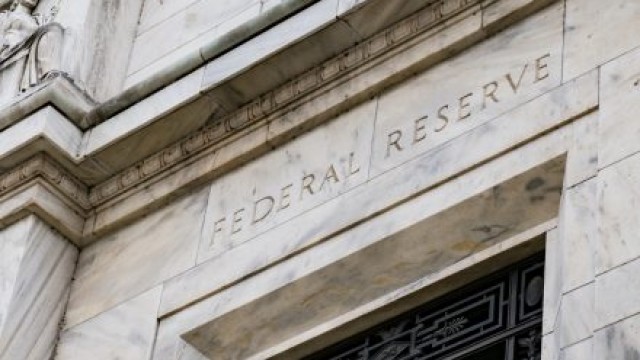 The Fed is under fire this week, following news that a number of Federal Reserve officials, including Chairman Jerome Powell, owned and traded individual securities, while the Federal Reserve itself was...

Why are IPOs doing so poorly?

Emily Rubin, financial advisor at UBS Global Wealth Management, joins The Exchange to discuss the House's tax plan and which market participants could be most affected.

Insana and Santelli on whether stagflation is a real concern

Steve Liesman joins The Exchange with more information on potential conflict-of-interest in trades made by the Boston and Dallas Fed presidents.

Robert Frank joins The Exchange with more on the proposed capital gains tax hikes and how wealthy investors are reacting. 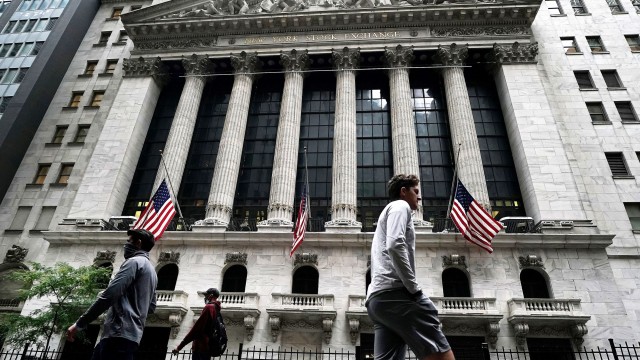 'Bears are in control' of gold price: will next week's Fed announcement be a shocker?

(Kitco News) - After falling $40 this week, gold bears are in control of the market with all eyes on what could be a hawkish Federal Reserve meeting next week, according to analysts. 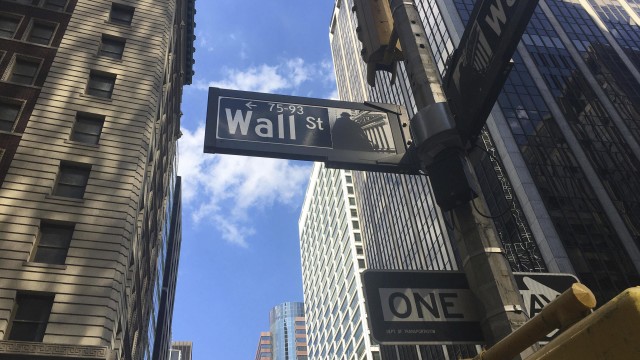 The SPDR S&P 500 ETF Trust (NYSE:SPY) is off to a shaky start to September, and history suggests the second half of the month could be weak as well. Long-term investors who have cash in their accounts a...

There's a lot of uncertainty surrounding the markets: Analyst 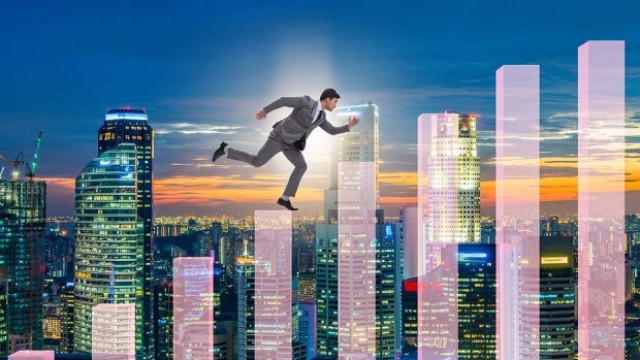 Stocks Poised For Record Gains On Record Growth And Stimulus

Pullbacks are nothing ominous in a bull market, but just a pause before the next uptrend. Don't worry if you've missed out on the all-time highs so far, because Kevin sees a lot more upside to come. 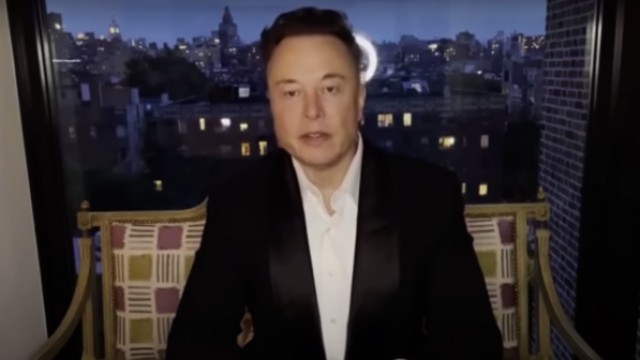 An unusually scripted Elon Musk issued conciliatory and complimentary comments to Chinese automakers during a pre-recorded appearance at China's World New Energy Vehicle Congress, striking a pose that i... 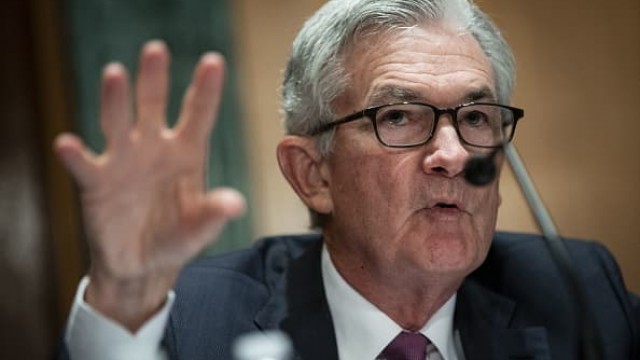 As stocks enter volatile period, the Fed will attempt to not rock the boat further in the week ahead

The Federal Reserve's much-anticipated September may not be as much of a catalyst for markets as some investors expect. 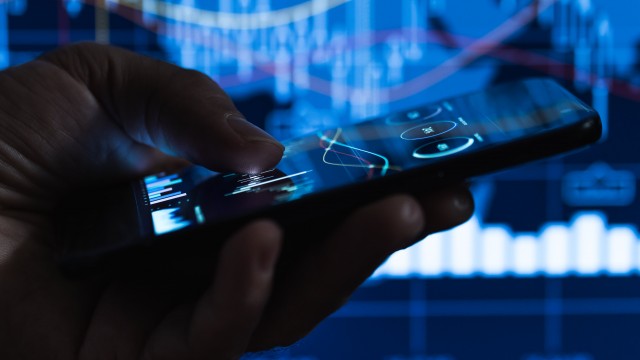 How decentralized finance works, and why it's taking on Wall Street

What would a world without banks look like? The answer may lie in decentralized finance.

Brian Bekski, BMO chief investment strategist, joins the Halftime Report with his bullish outlook on the markets. He expects a market rally in the S&P 500 before year end.

What investors need to know about the market malaise

The Halftime Report's Investment Committee discusses the current state of the markets and where to look for positive trades. 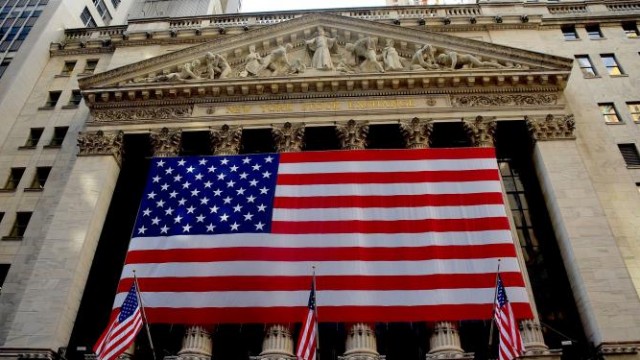 (Kitco News) - Rising bond yields and renewed strength in the U.S. dollar are adding to the investor apathy in the gold market and boosting bearish sentiment among Wall Street analysts and retail invest... 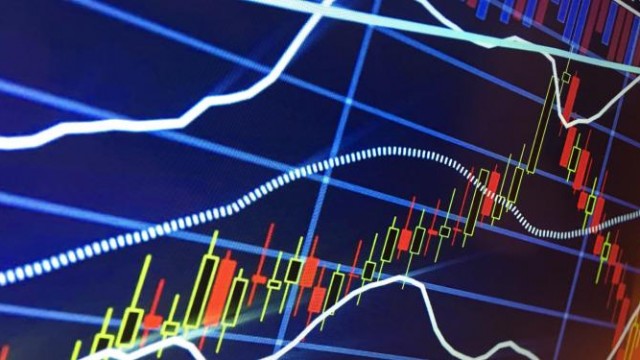 What US Stocks Are The Largest Gainers In 2021?

Decentralized finance could hold the key to reshaping the traditional financial system. DeFi underwent massive growth in 2020 thanks to technological advancements and increased access to liquidity. 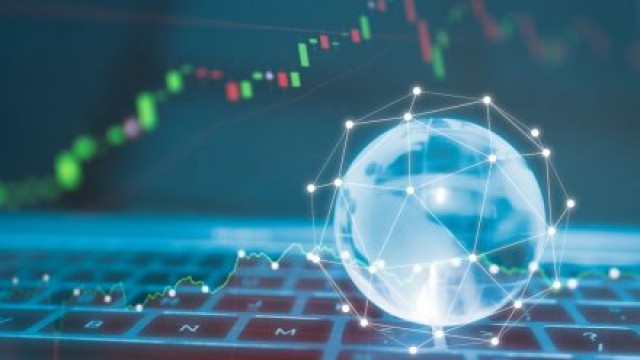 Obviously, the arrival of the coronavirus pandemic brought about a bear market for stocks. Fortunately, it was brief by historical standards. 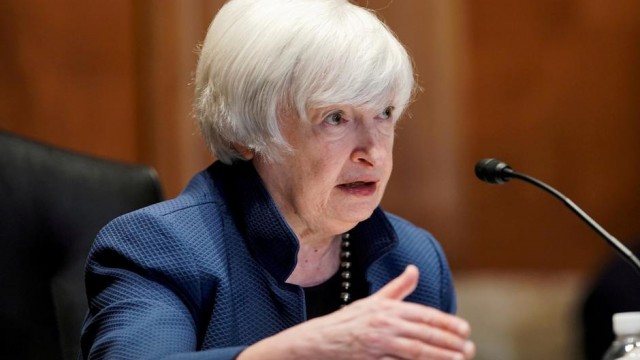 Treasury Secretary Janet Yellen says failure to raise the U.S. debt limit could lead to the unthinkable: a default on government payment obligations. That's an outcome the White House on Friday warned c... 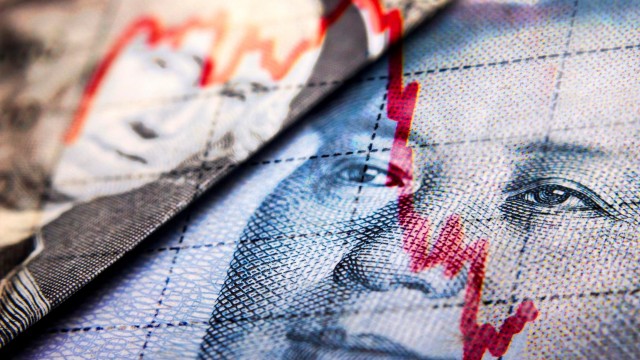 Wall Street's Love Affair With China Is Headed For Trouble

Throughout 2020, even as back-to-back U.S. administrations were mobilizing “China Free” supply chain initiatives and sanctioning Chinese companies and individuals for a host of issues—from the South Chi... 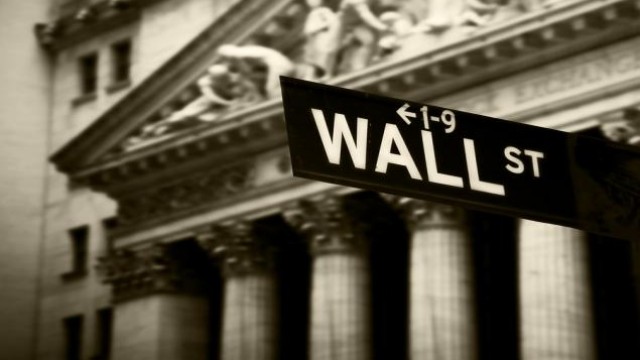 Market Futures Lower Ahead of Opening

Market Futures Lower Ahead of Opening

Rick Santelli joins 'Squawk on the Street' to break down what Friday's latest economic data means for the bond and stock markets.

Get the latest updates in your inbox.